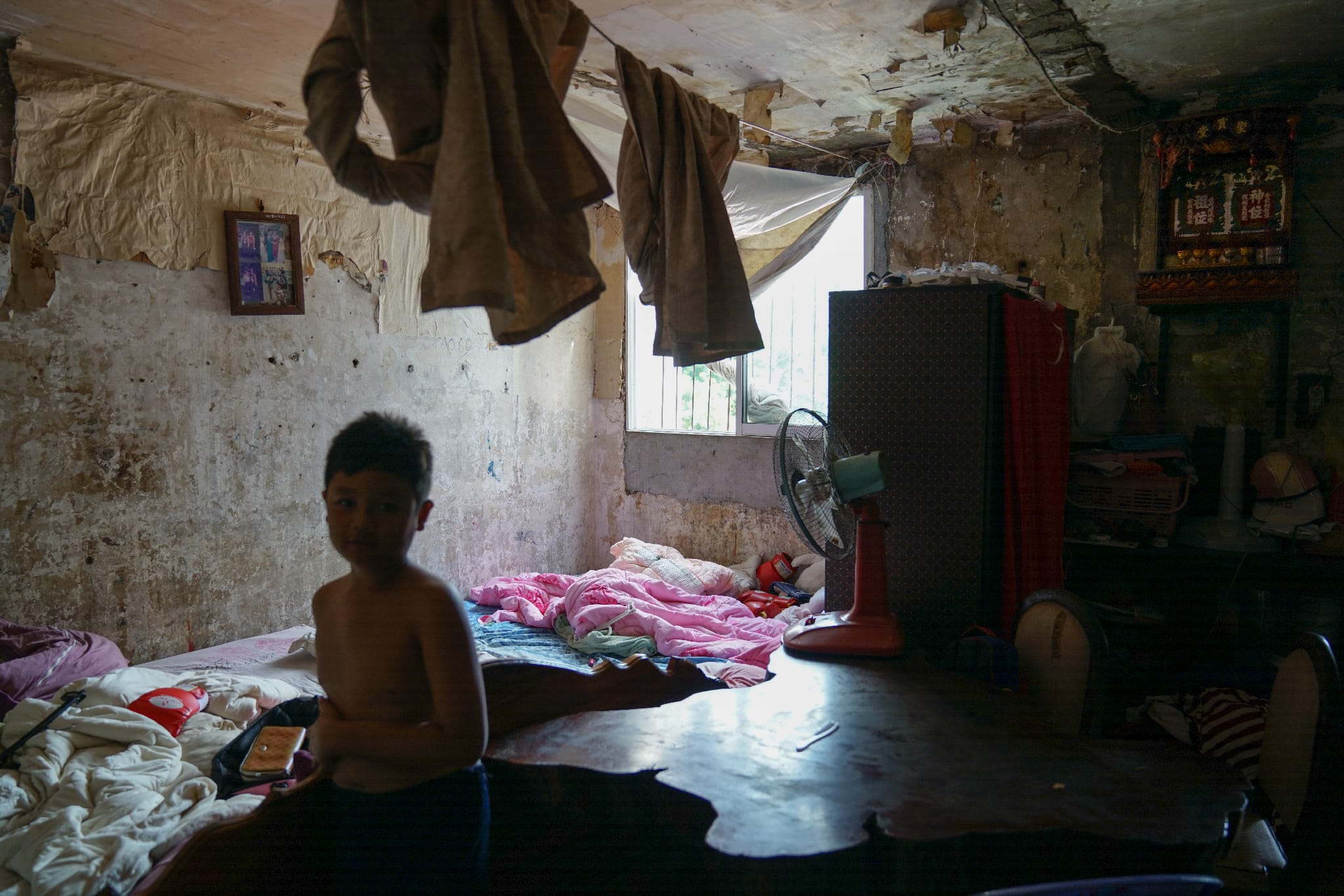 The White Building is one of Phnom Penh’s most notorious apartment buildings, one that many locals consider a slum.

It’s crumbling, it’s rundown and it’s facing demolition – and its home to 2500 tenants, who mostly pay rent and love to live there.

The White Building is close to an area that is known for prostitution and drugs. Because of this, many PP locals assume that the building must be housing just sex workers and drug users and so it became a no-go zone.

When I walked in – I felt a sense of a friendly community, curiosity and I often met English speaking tenants, all people who manage to survive in the 1.5 million hot-pot of Phnom Penh.

The size of the White Building can be intimidating. It has six huge blocks, kilometres of long and dark corridors and five staircases. Staircase One is a haven for heroin addicts, while staircase Six leads to art galleries.

Having lost its original sparkling white facade, the front of the low complex is a hodgepodge of extensions, hanging plants, clotheslines – all covered with mold. Its backside is the site of a huge dumpster, which is often overflowing with garbage. Garbage bags just fly out the windows, there is no regular removal service. The road is lined with stores, restaurants and some dubious massage and beauty parlors.

The apartment complex of 2,500 residents is a self-contained community with its own school, art space, and archive. The long corridors are used as communal meeting points. No judgments here: sex workers chat with granny’s, school kids with their friends.
While the White Building may no longer physically resemble its former self, the vibrant community carries its architects’ dream of an integrated housing project in the middle of Phnom Penh. The White Building was completed in 1963, 10 years after the country’s independence from France. It was one of a series of buildings designed to re imagine a neighborhood close to the Royal Palace and Wat Langka, one of Phnom Penh’s most important pagodas. The apartment complex has survived a civil war, a foreign occupation, and the merciless drive of redevelopment in modern Phnom Penh. It is one of the most fascinating and resilient buildings in the city.