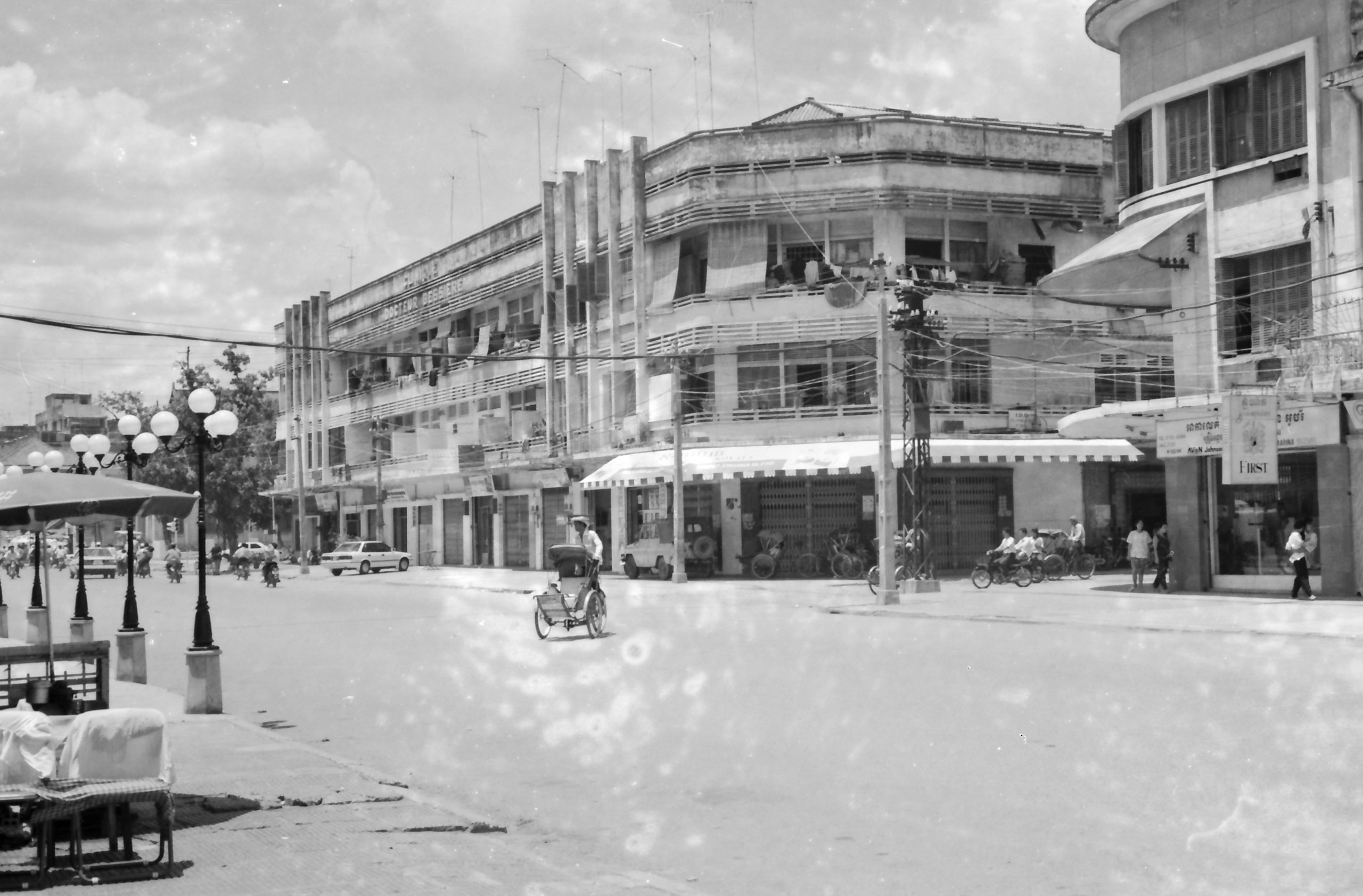 Phnom Penh –  all photographed with my well-behaved Rollei 35s
1994 was called the Year of Transition in Cambodia – a “one step forward and two steps back” kind of situation after the Khmer Rouge regime. I was part of an American NGO project to contribute and install used computers in monasteries and news outlets, like the Cambodia Daily in Phnom Penh.  Travelling in Cambodia 1994 meant to be accompanied by an armed military guard at all times. Landmine warning signs were still up in the city area and Angkor Wat was still heavily mined.

I came back to Cambodia in 2014 – different mission. Cambodia is still dancing its “one step forward and two steps back” routine.